La Gomera, a wonderful story about an unforgettable trip and a random encounter.

By the road, at the same spot as yesterday, was hitchhiking a blonde, elderly lady. I instantly stopped the car because I had already decided that I wanted to give a ride to one of the many walking tourists in La Gomera.

I was giving a ride to some sort of “professional hitchhiker”. She must have met so many interesting travellers! I realised that on my back seat there was a person, who had devoted her time to discovering the most incredible places in La Gomera. So, I went for one of my regular questions:

As I was driving on the speed limit (50 km/h) on the curvy road, as my fellow traveller told me about the sights I should not miss. Following her advice, I managed to see most of the local landmarks in only three days! 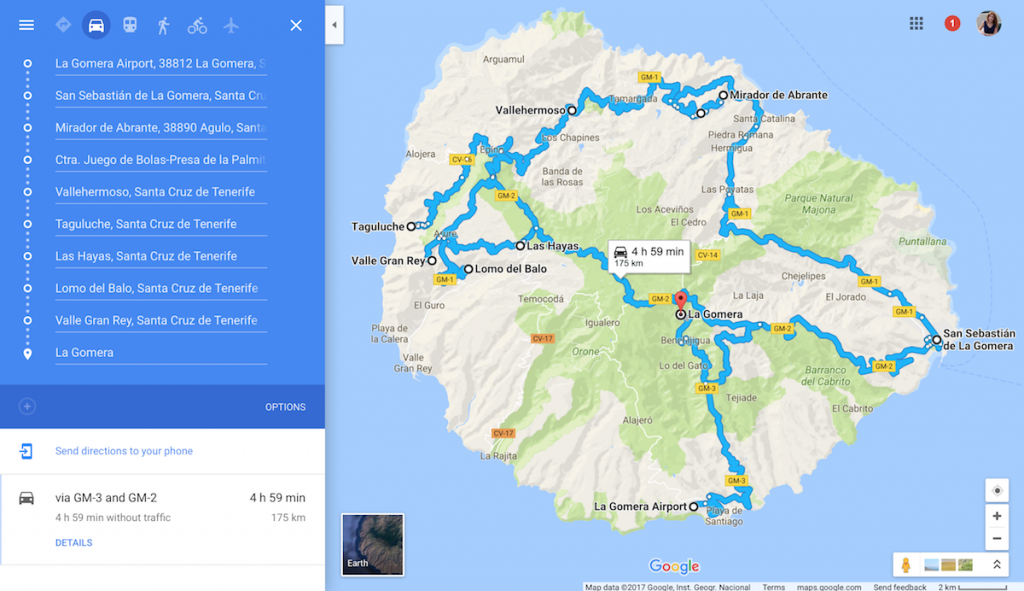 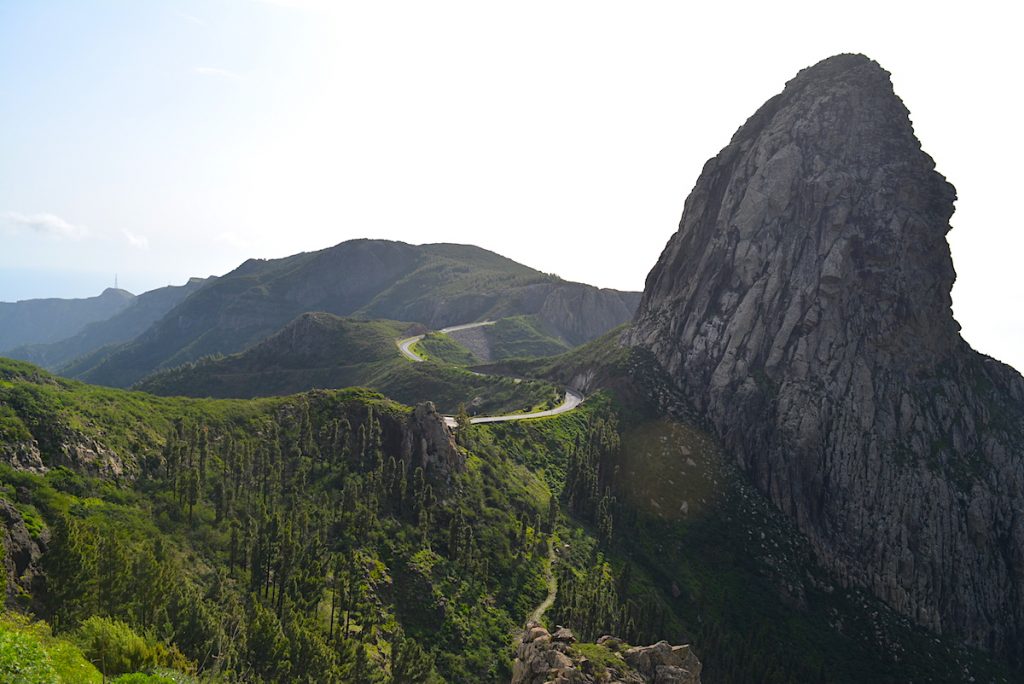 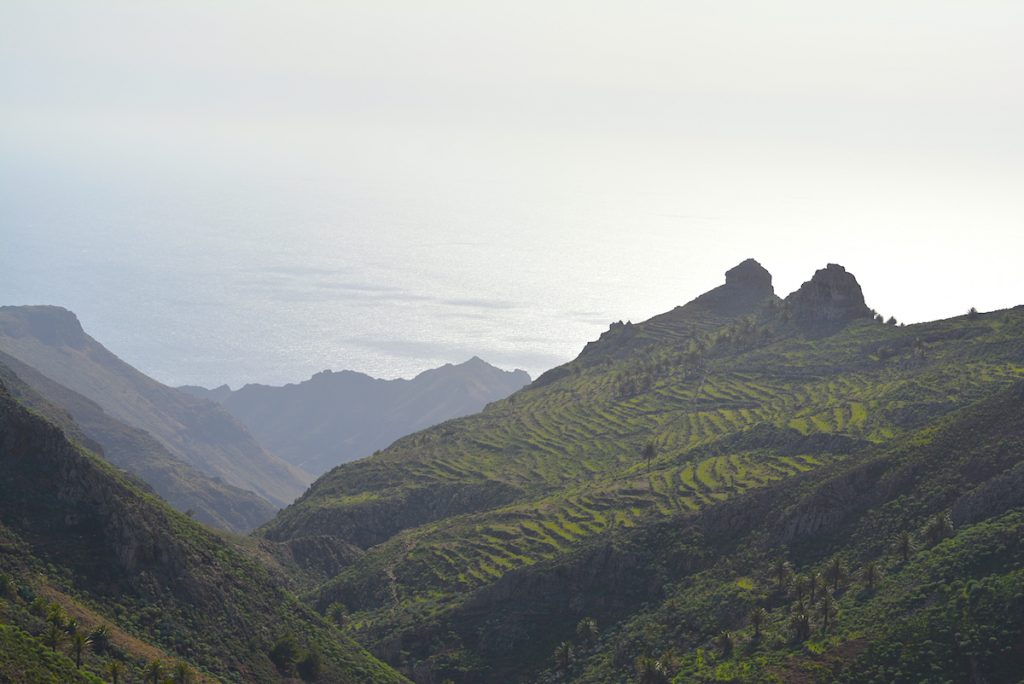 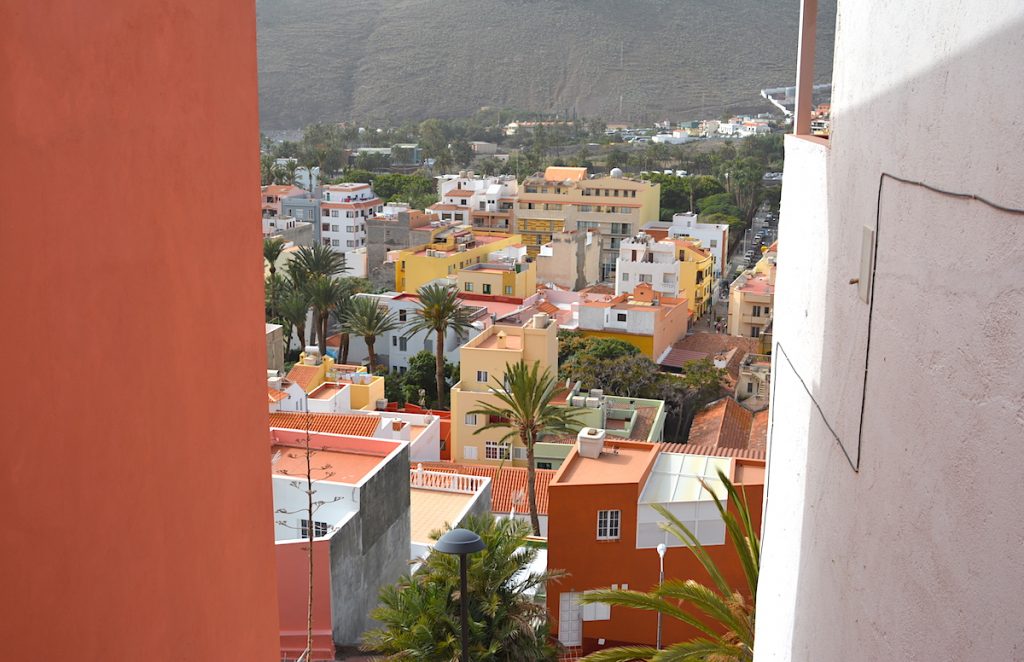 the capital of the island, is a delightful town where everyone seems to know each other. No, do not imagine a cosmopolitan city – here everything is small and close by. Wandering around the narrow streets, bordered with colourful houses, reminded me of the Arab quarter in Granada. Sometimes, in a tight space between buildings I would get a glimpse of the town below, or the beach, or the hills surrounding the laguna. These unexpected sights are my favourite because they bring me so much excitement! I was hurrying to get higher, so I can see the full picture. While I was tirelessly going up the stairs, my imagination was already painting the landscape. 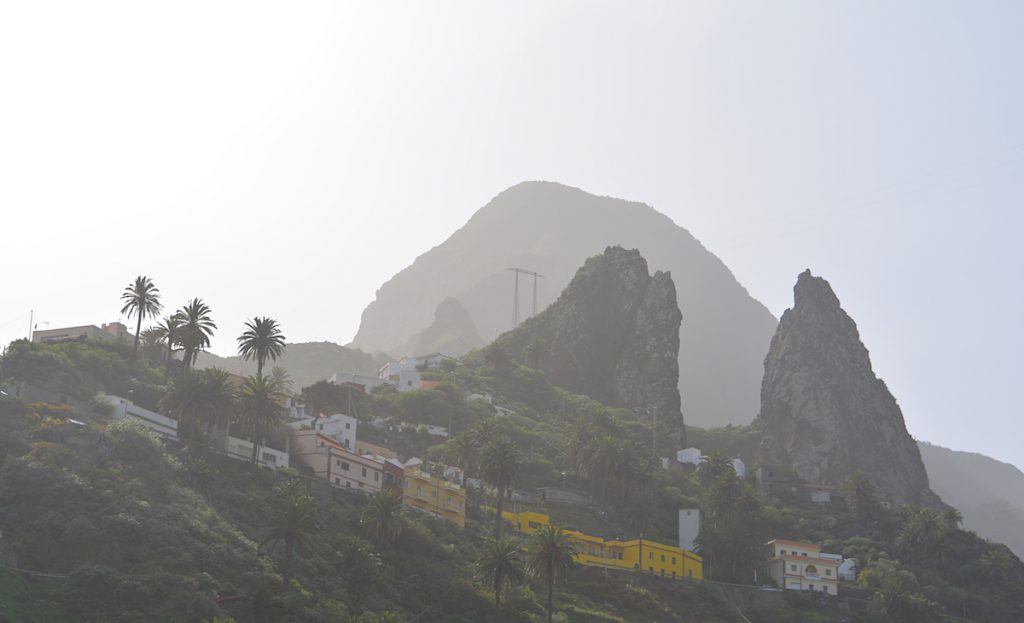 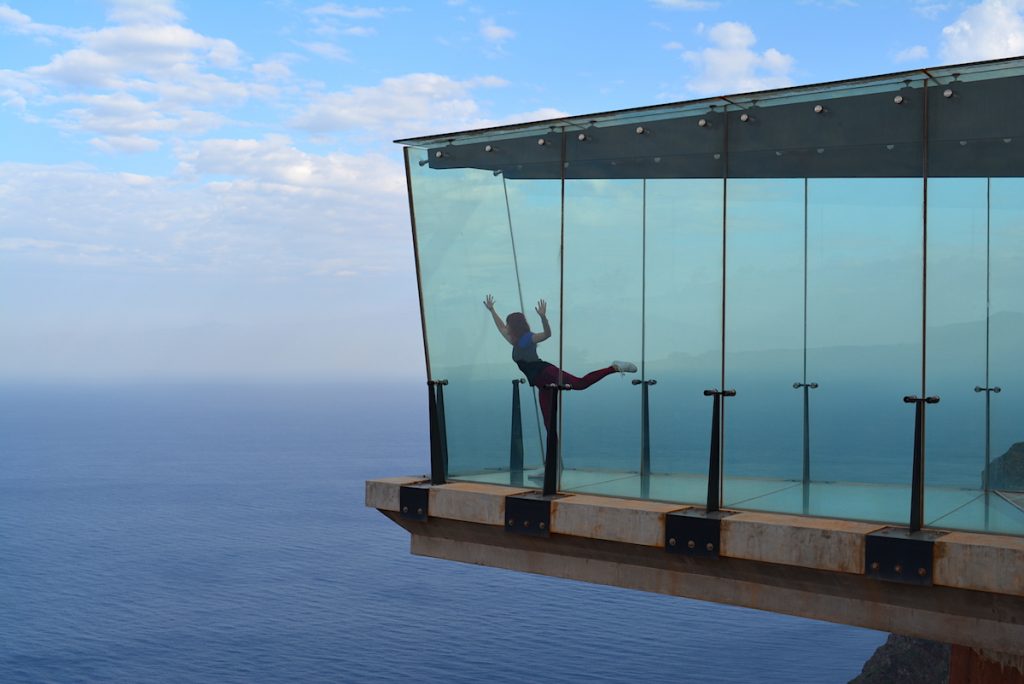 is a restaurant, inside a modern building, “sitting” on the edge of the red rocks over the town of Agulo. The entire dining hall is glazed from floor to ceiling so that it reveals a breathtaking view. When the sky is clear you can even notice the contours of the neighbouring island of Tenerife and the magnificent mount Teide. The most impressive part of the restaurant is a long cantilever, which literally hangs over the abyss below. In case you’re not afraid of heights, don’t miss this chance to “fly” over the vicinity. Also, have a delicious lunch trying some traditional Canarian wrinkled potatoes with coriander mojo. 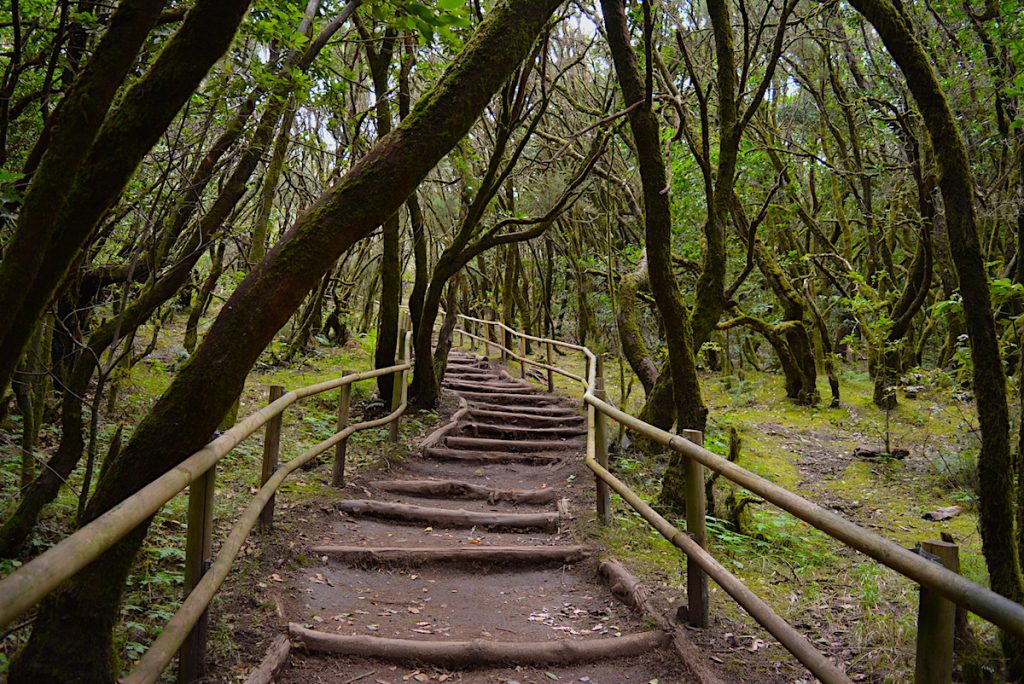 also known as the “green heart of the island” is an evergreen laurel forest. This type of vegetation was widespread along the entire Mediterranean basin millions of years ago. Due to the Ice Ages the region cooled down and lost much of its greenery.
On La Gomera, as on a few other islands in the Atlantic ocean, these ancient forests are still well preserved. You can breathe their fresh, air while enjoying many (if not all) shades of green. In some places, the grass looks almost fluorescent, so bright it could possibly be seen at night. The trees are wearing fuzzy moss sweaters, knitted to size. Thanks to them the forest “captures” enough humidity from the air so that it can sustain itself even though the rainfall on the island is not sufficient.

Just before you reach Vallehermoso 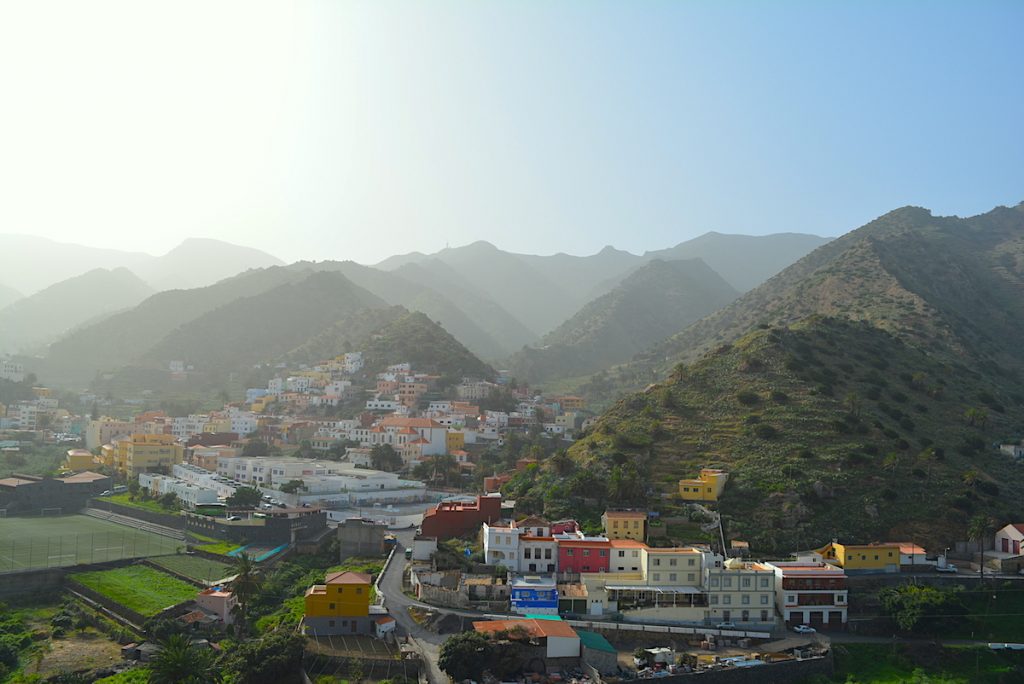 there is a lay-by with benches. Standing here you can see the town, hugged by a variety of hills. The close ones seem crowded with colourful houses, ordered in the most beautiful manner – the chaotic one. The rest of the hills gradually fade away in the distance. The sunset here took me back to my marvelous trip among the hills of Tuscany. There they looked rounded and fluffy. Here, they are have crooked, weird shapes, which cannot be found on the European continent. 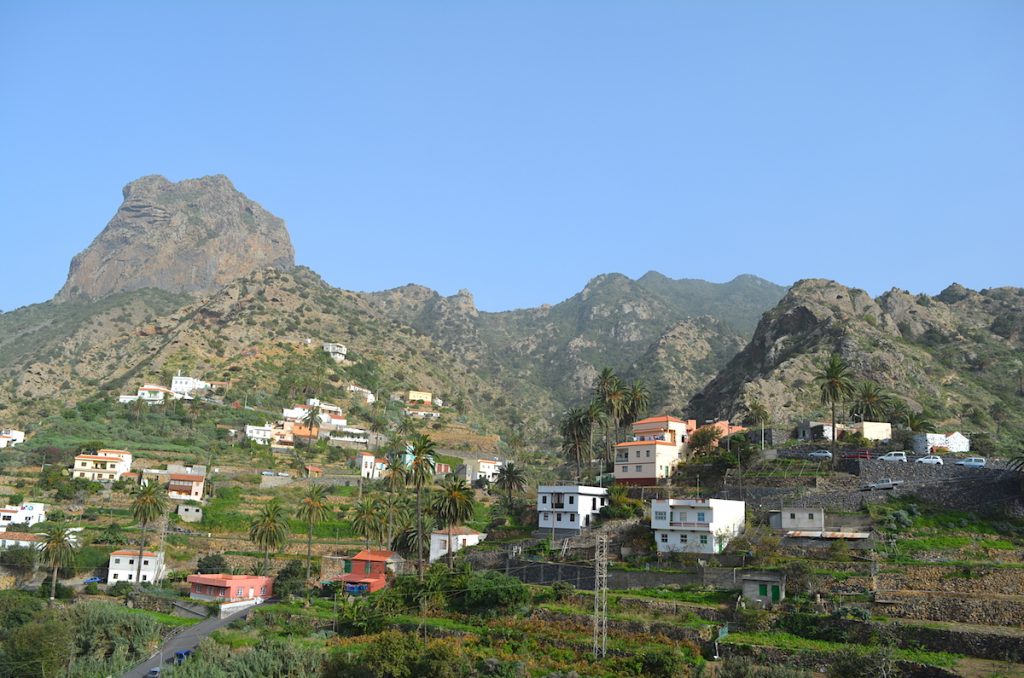 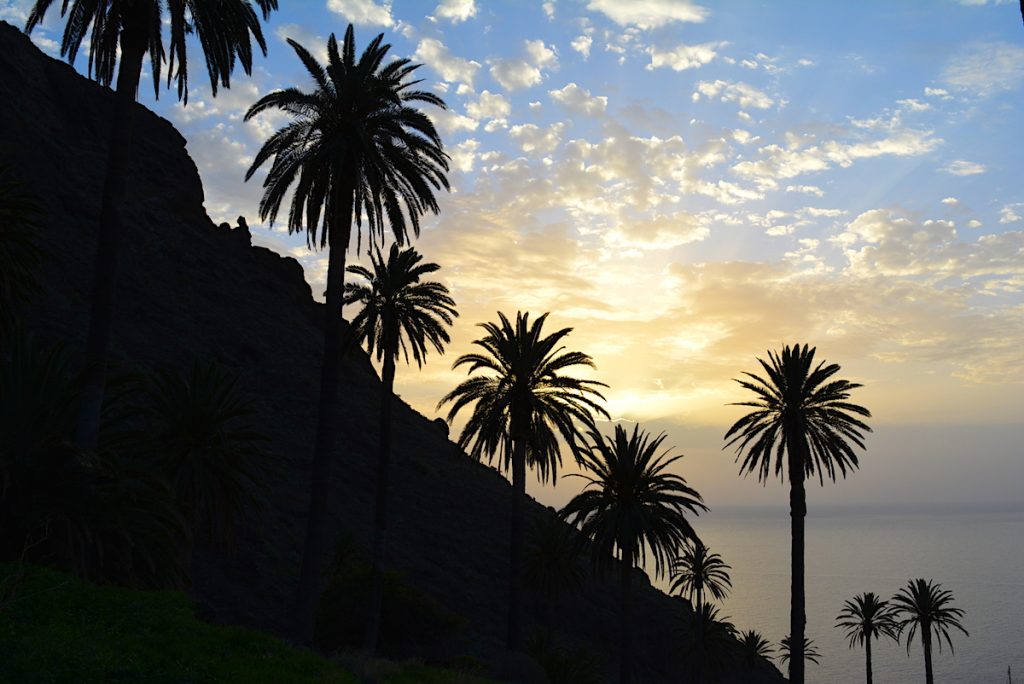 is narrow and it can be even dangerous in some sections where there is no road barriers. It might sound terrifying but I promise you the incredible views are absolutely worth the risk! If I ever come back to La Gomera, I will head straight to this secluded spot, to the meandering road, to the yellow sunset over the ocean and the exotic feeling that you’re somewhere far from civilisation. Taguluche, I love repeating that name. Taguluche, is sounds like a fruit-flavoured ice-cream. 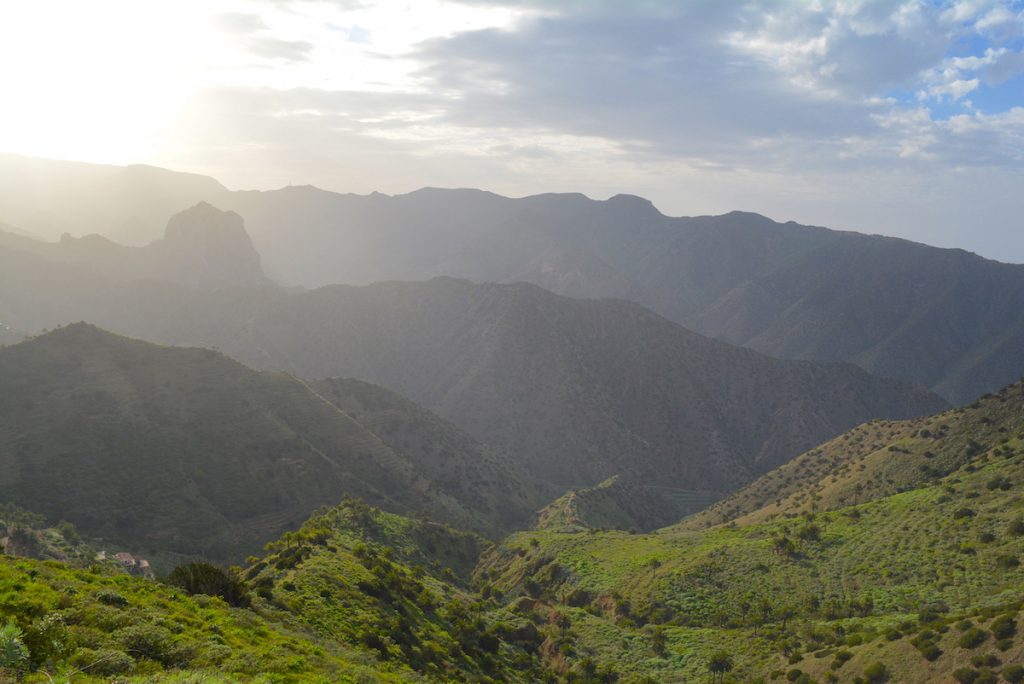 The road was meandering between the mountain hills like a river – going up, going down, or completely changing direction. As soon as I would see the sign for entering a village, I would be going out of it. When I got used to the curves I was left with the pleasure of a car ride with sea breeze, lots of sunlight, lone palm trees and colourful houses.

I would often think of the wonderful conversation I had with that hitchhiker. It ended before I even got her name. However, I was left with something much nicer – the sweet feeling that I have shared some lovely moments and travel dreams with a soul-mate. 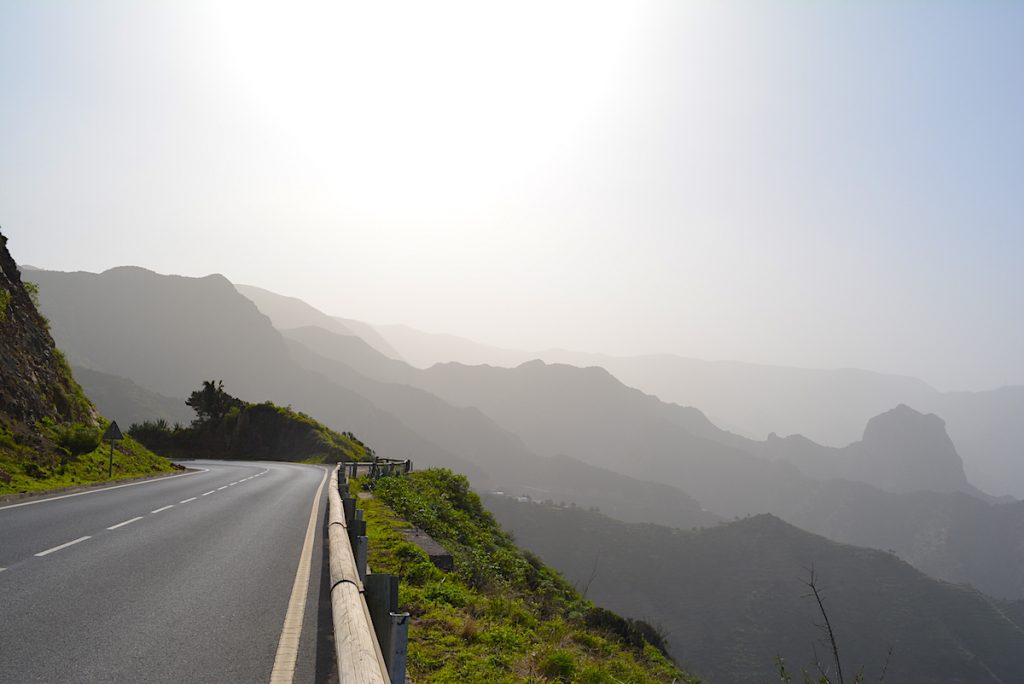 Useful information:
The route I have described is circular – you can start at any point and finish at the same place. If you’re arriving at La Gomera by plane, your trip will start from the southern part of the island. In case you are travelling to the island by boat, you will begin from San Sebastian. Schedule more time to visit the National Park Garajonay as it has a variety of mountain routes with varied duration and level of difficulty. I strongly advise you to start your visit from the Visitors’ Centre (Centro de Visitantes del Parque Nacional de Garajonay, Juego de Bolas, La Palmita) so that you can pick the best route for yourself. If possible, go to see The Organs  (Los Órganos), a natural monument which was named after the musical instrument due to its similarity in shape. 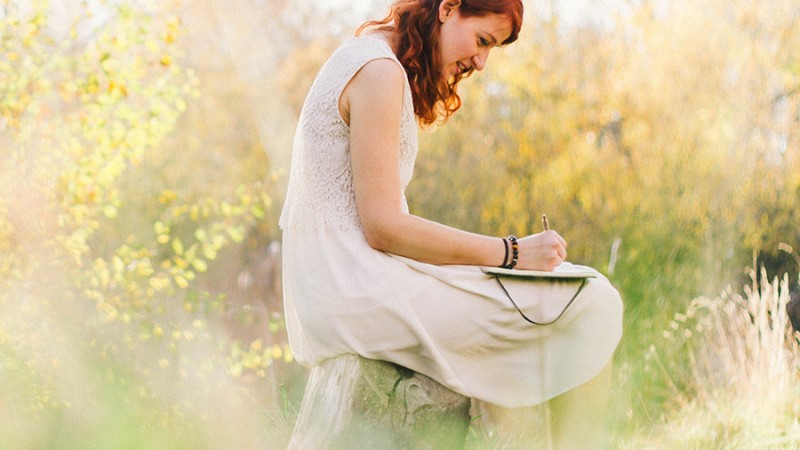 I am Eva, a Spain based travel writer and wholehearted food lover. I blog about my adventures around the globe and try out healthy twists on traditional recipes. If you're curious how, when and where my journey began - head straight to my About me page. Follow me on social media to stay updated with my latest adventuress across Spanish cities and cuisine.